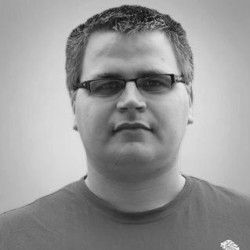 You may have read our article earlier in the week about defaulting our TURN network selection to Subspace; if you didn't then go check it out... But hot off the heals of talking about being able to use either Twilio or Subspace for your TURN needs, we've gone and added
CommCon Events Ltd just announced our involvement in this year's CommCon Virtual 2021 and we couldn't be happier to be involved. CommCon has a place in our hearts because Broadcaster.VC wouldn't even exist without CommCon Virtual 2020. CommCon Virtual 2021 will likely be the first Virtual event fully driven
Subspace is now our default TURN network with the ability to force everything over TURN
One of the features we've listed as coming soon over on our pricing page is NDI input - the ability to pick up a NDI feed within your local network (where the local connector is running) and bring it into your Broadcaster.VC room as a "user". This could be
Back on the 26th of October 2020, the broadcaster.vc domain was bought and the idea of bringing the capabilities of Broadcaster VC to the industry became a reality. So it's only fitting that a year later, we kick October off by finally launching our Release Candidate of Broadcaster.VC